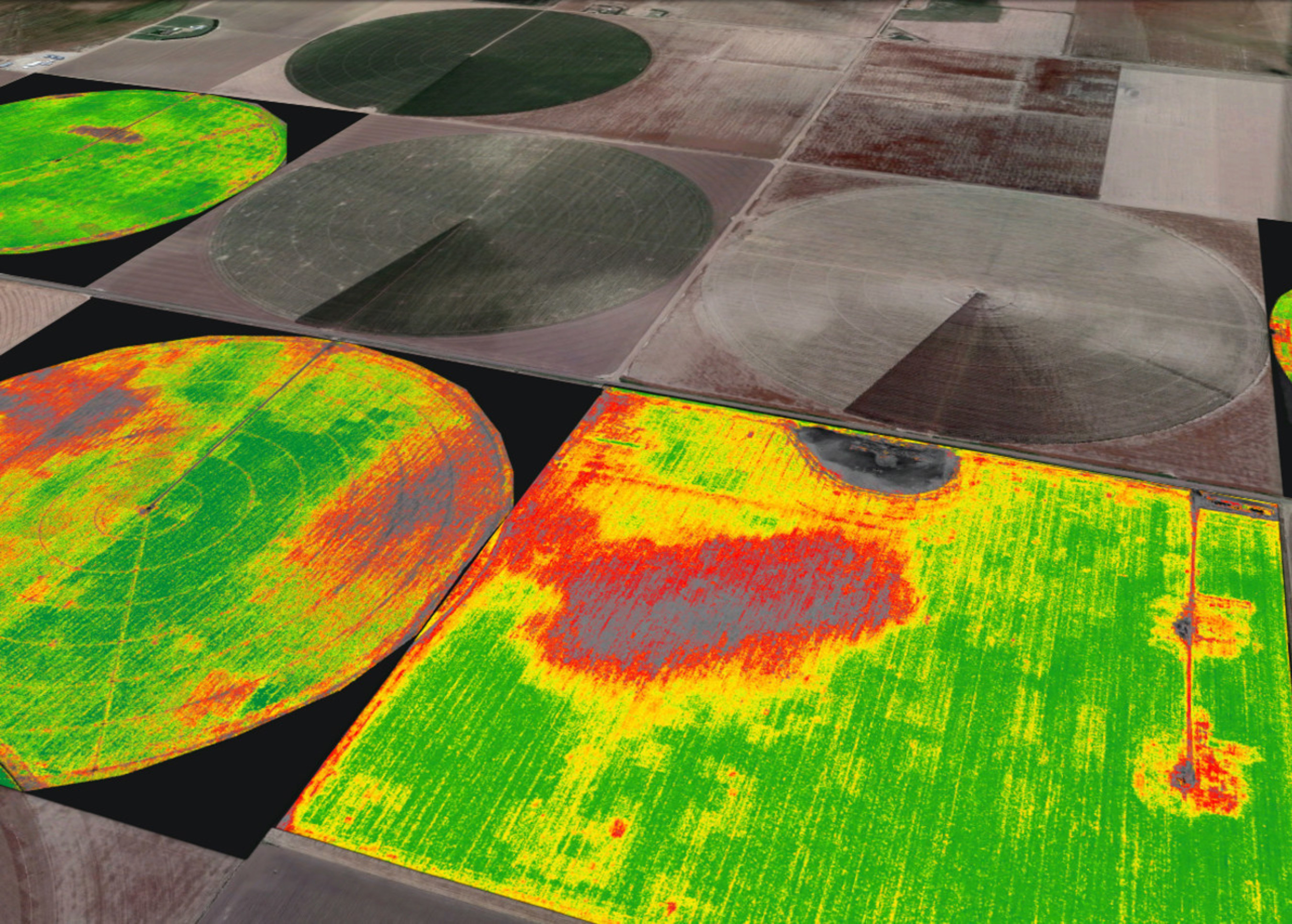 From the research work and practice of Abelardo Gil-Fournier, at item number 118 we learned how agriculture is volumetric: "Geoffrey Winthrop-Young highlights how elemental “agriculture... is initially not a matter of sowing and reaping, planting and harvesting, but of mapping and zoning, of determining a piece of arable land to be cordoned off by a boundary that will give rise to the distinction between the cultivated land and its natural other” (Winthrop-Young, 2014: 6-7). "And then Gil-Fournier continues:" However, this initial two-dimensional demarcation gives rise to a practice that can be further understood when the many vertical layers that exist simultaneously above and below the ground start to be considered. From the interaction of synthetic nutrients in the soil with the roots of the plants, to the influence of weather or the effect of both human and machinic labour, agriculture appears as a volumetric activity".

The massive inclusion of such vertical management of soil with the aim of fertilizing it, reorients the question on surface to the affections of scaling up-and-down the field. Gil-Fournier guides us through the studies of Michel Serres (2007) on how, "early large-scale agriculture entailed the expertise of geometry".

To explain the turn of soil matter into a "legible domain", he takes as a case study Spanish inner colonization systematizations of land and landscape for plantation and irrigation. Through those studies, it is made materially explicit how the irrigation zones configure a network-like shape of polygonal meshes that distribute and systematize the territory for a sophisticated exploitation of its vegetal potentials.

In francoist Spain, under a totalitarian regime of autocracy, inner colonization was the infrastructural bet to provide the nationalist project with all needed resources from within, as well as with a confident step into the developmentist culture of wider western modern economies.

The media-archaeology perspective at Gil-Fournier's work facilitates a departure point for a study of legacies carried by contemporary hypercomputational applications being currently tested to analyze the seasonal evolution of a gigantic agro operations or to detect the speed by which desertification uncovers the diminishment of so-called green areas (as shown in his workshop series on "earthology of moving landforms".

Gil-Fournier, A.(2018) "Earth Constellations: Agrarian Units and the Topological Partition of Space". At: MediaTheory, Vol. 2 N. 1 Gil-Fournier, A. (2017) "Seeding and Seeing: The inner colonisation of land and vision", At: A Peer Review Journal About http://www.aprja.net/